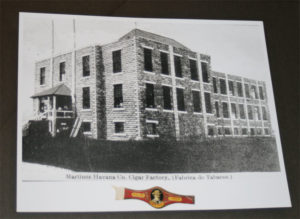 It’s no coincidence that in Key West police officers dunk Cuban bread in café con leche. Since 1868, Cuban émigrés have enhanced the tropical Caribbean flavor of the Florida Keys. And it’s all thanks to a thriving cigar industry which evolved seemingly overnight on the tiny one by two mile island over 125 years ago.

During the past 50 years, Key West’s cigar legacy was shrouded from view as the city concentrated on establishing its reputation as a tourist destination. City Fathers did not realize that Key West’s Cuban legacy would appeal to a broad range of tourists, in spite of its close proximity to Havana—a popular destination prior to 1960. A veritable treasure trove of Cuban and cigar heritage was overlooked, in part, by an ill-fated stereotype that tobacco and Cuban history were not relevant to tourism. Fortunately, this negative attitude has fundamentally changed during the last decade, thanks, in part, to the efforts of a fourth generation Key West Cuban American, Fred Salinero.

In 1999, Salinero—a Key West cigar shop owner and entrepreneur—founded the annual Cuban American Heritage Festival as well as the Cuban American Heritage Foundation to record and preserve Key West’s Cuban cultural legacy. The results were nothing less than sensational. Annual lectures, parades, and cigar dinners opened the eyes of Key West Cubans and their descendents who previously discarded much of their Cuban American roots. From then on, they were suddenly jumping out of their “cultural closet.” This resurgence in Key West’s Cuban cultural legacy and appreciation of its cigar legacy continues to gain momentum every year, stimulating a renewed interest in Key West as the birthplace of the American Cigar industry. 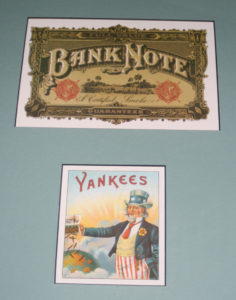 The resurgence is evident in a number of ways. Cigar label art collectors will pay exorbitant prices for rare late nineteenth century Key West cigar label art. A cultural revival is apparent on the streets where numerous Cuban American landmark structures and cigar worker’s cottages have been tediously preserved. In addition, non-Key Westers have begun to take notice.

Just ask the Fuente family. On November 18th, 2006, Carlos Fuente Sr., Carlos “Carlito” Fuente Jr., and Cynthia Fuente-Suarez attended a banquet organized by the Cuban American Heritage Foundation to honor the 100th anniversary of their patriarchs’ arrival to Cayo Hueso. In 1906, Arturo Fuente Senior departed economic uncertainties in Cuba to join relatives who had earlier migrated to Key West. Arturo Fuente and his relatives lived a block away from the prominent community known as Gatoville and were employed at Eduardo Hidalgo Gato’s cigar factory. It was in Gatoville that Arturo Senior perfected techniques of quality cigar making later passed on to his descendents, masters of cigar making art who changed the very nature of the cigar industry in the twenty first century.

Key West, a four-day tribute honoring its reputation as “Cigar City, U.S.A.” Activities highlighted historical cigar heritage while instilling members to support the numerous Cigar Family Charitable Foundation projects in the Dominican Republic.
The result of Key West’s Cuban heritage revival is nothing less than phenomenal, as Key West prepares the inevitable gateway to Cuba in the not too distant future. In Key West today, Cuban cultural legacies are as much a tourist attraction as the magnificent restaurants, architectural gems and sunny skies.

Cuban influence in Key West first began on a massive scale in 1868 when the first war against Spanish authority created a mass exodus. When Cubans faced forced conscription into the Spanish army to fight against their countrymen, thousands of skilled cigar artisans and their families fled their homeland. On a single September day in 1869, over 2,000 Cubans lined the docks of Havana to flee their mother country. While some left for New York City or New Orleans, a majority boarded steamers for the 12-hour trip to a destination ninety miles to the north, a city Cubans called Cayo Hueso, today’s Key West.

Prior to 1868, Key West had less than 500 residents, noted primarily for acquiring wealth from shipwrecks, but a new form of wealth was about to arrive when Cuban emigres, with talented cigar making skills, arrived by the thousands in the matter of a year or two.
The civil war against Spain failed by 1878, however it created a social upheaval in Key West as Cuban emigres continued arriving intermittently for decades, virtually revolutionizing Key West’s social fabric and economy.

Once they arrived, conditions on the once sparsely populated isle were perfect for cigar making. Cuban tobacco was nearby and readily available, while the warm, humid climate—virtually the same as Cuba’s—was ideal for maintaining a pliable tobacco leaf. In contrast, Northern cigar factories were forced to install expensive humidifiers and temperature controls to keep leaves flexible. Seemingly overnight, the island was transformed into a wild, Wild West boom town, Cuban style